The screener thumbnail of this episode was bananas! If you’ve seen the episode, which I’m sure you have if you’re reading this spoiler-filled review, you can imagine the exact shot they used. It was *through barely contained giggles* cheeky!

Now that I’ve gotten that bit immaturity out of my system, let’s breakdown this episode. So, ‘Junior’ gets quite an education on his outing with Auntie Dutch and we see that he has an instinctual intelligence that alerts him to danger toward himself and others around him. As he displayed in the last episode when he told Pip he’d be dead before he saw the Lady, we know he has a connection to her specifically. I’m very interested to find out how far his prescience goes because late in the episode he knew that the assassin was going to die before it happened. Since the assassin is connected to The Lady that still doesn’t shake my theory just yet.

Each story thread was high stakes this episode, both emotionally and plot-wise. Dutch and D’avin are on the same page about how to rear young Jaq (nee Osmit, nee Junior) until abruptly they’re not. Pree and Fancy begin their rescue op of Gared, and Zeph tries to save Pip’s life and mind but learns that his situation is far direr than she first thought.

Interestingly enough she fled Khlyen because she knew her upbringing wasn't right but I don't think she ever saw herself in the context of a victim before which is why she reacts so strongly against D'av framing it that way. #Killjoys https://t.co/bf3amcLVIH

The arc of Dutch and D’avin’s conflict was the most compeling part of this episode. Just after they had that first dust up, wherein Dutch affirms to Jaq (and D’avin) that Jaqobi men never let her down, the love and bond were so strong that in the end when D’avin leaves the blow is felt all the more strongly.

Dutch does such an excellent job of being in control and allowing her morality and empathy to be fully seen, that D’av may forget that she’s been a killer since she was four, and her ideas of what training Jaq would look like might be reflective of this. How many times did a tiny Yalena shrink back from some gruesome act that Khlyen wanted her to witness or perpetrate only to have him reach out lightning quick and force her to watch or participate? 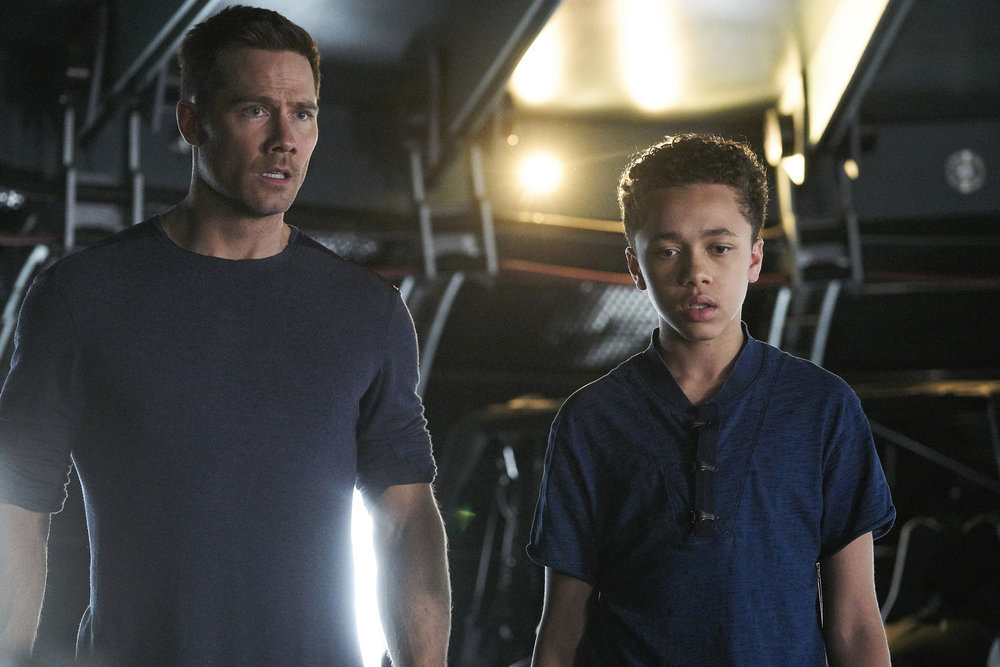 The irony is that D’av and Dutch were stood on opposite ends of this argument in episode 201, “Dutch and the Real Girl.” D’av suggested that Khlyen was not her enemy and he was protecting her from her real enemies. At the time Dutch was appalled he’d even shape his mouth to say such a thing. He had made her into a weapon and she was murderously angry about it. Flash forward to this season, and the mere suggestion that he’d abused her stops Dutch right in her tracks. D’av puts a pin in Dutch’s behavior by saying, “What happened to you was messed up but I will not let you repeat that cycle not to my son and not to you.” He recognizes that she has the potential to fall into the abuser spiral and understands that allowing her to fully inhabit the mind and tactics of Khlyen would not only damage Jaq but it would damage her soul even further. Whew! This show gets deep.

I have enjoyed watching the adorkable romance between Zeph and Pip. I need him to survive. Zeph’s sadness and determination to fix this unfixable problem remind me of when she was confronted with the truth of Dutch’s origins in episode 308, “Heist, Heist Baby” and simply said, “This is not ok.” I hope that this storyline will be wrapped up with similar success because I’m simply not ready to see a devastated Zeph or say goodbye to my favorite chatty little weirdo, Pip. 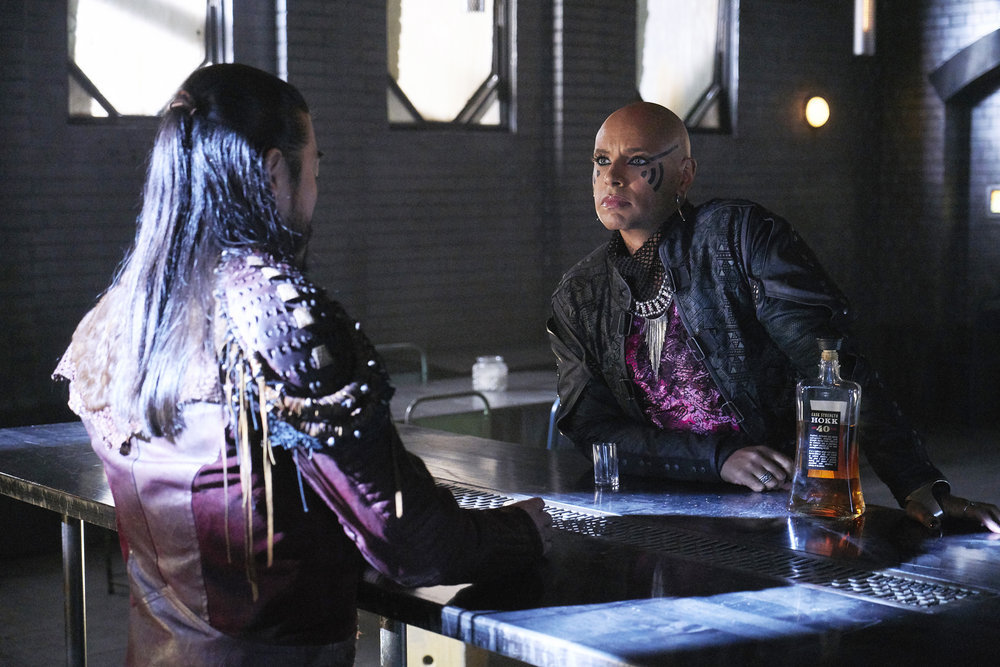 Fancy and Pree’s interactions this episode really demonstrate how mixing and matching the ensemble can bring new colors out of characters. It was fun contrasting the way Fancy behaved with Gared, a loveable softy, next to how he relates to Pree, a hardass like him. They work in concert to intimidate the hell out of that hullen collaborator and seem to be having a really good time doing it. That was a great scene.

This is a hair shorter than past reviews but Dragon Con preparation is afoot, so you know how that is. Check out the promo shots below for a sneak peek of the next episode!

“He can never say anything point blank, huh? It’s always gotta be a stabby clue wrapped in a lethal fairytale.”

“How’d it get in there?” | “Oh uhhh my guess, eyes, ears, nose, mouth… I suppose there are other options but it’s a longer route to the brain…”

“Look, he’s my memory nephew/brother/son, he might be a natural.”

Next week on Killjoys…